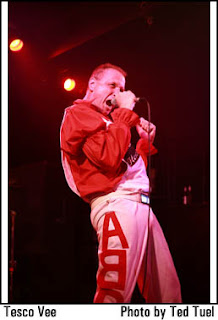 Thursday April 28th The Triple Rock Social Club invites you to a night of MEAT, MAYHEM, and MALICIOUS MISCHIEF starring; The Meatmen, the Quincy Punx, Against The Grain, and The Ed Gein Fan Club!!! Tickets are on sale now via The Triple Rock Social Club, Electric Fetus, Red's Savoy Pizza in Uptown, and are available online.
$10 in advance, $12 at the door the night of the show! It's been quite a while since we've shared a stage with the Mighty Men of Meat, and with Against The Grain and one of the Twin Cities oldest, yet most unstable entities, The Ed Gein Fan Club, this should prove to be a night not to be missed!
Doors are at 8:00 P.M. and this show is 18+
See you there, WEENBAGS!!!
Posted by Quincy Punx at 12:00 PM

Noun: A forceful and bitter verbal attack against someone or something.

Eat A Bowl of LINKS!

'My America!" 28 song C.D. of Quincy Punx covers to benefit The West Memphis Three. Also available - 4 song 7" with one track not available on the C.D. Order both from Crustacean Records

You can download a show of Q-Punx Live at Gilman St. by clicking the image

Listen to an episode of Independent Stream featuring Mike talking about the "My America" WM3 Benefit Project and even a few songs from it.